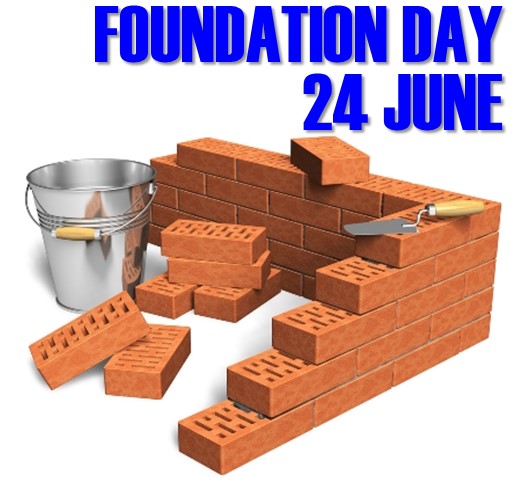 It is once again time for every Church in the ICCEC to take up an offering called the “Foundation Day Offering.” The original name of the fund was the Founder’s Day Fund and was to be an offering give to Archbishop Adler in honor of his consecration as the first bishop in the ICCEC. Archbishop was, however, a man of great generosity – he was a giver and not a taker. He decided that rather than receive the money for his personal use, he wanted the offering to establish a fund that would purchase property and buildings for the future generations of people who would call the ICCEC home.

What happens to the offering? It is collected in each country and is given to the Patriarch, who delegates the spending of the funds to the Primates. This money is then divided into thirds. One third is given as a one time gift to a congregation to purchase or build a church. One third is loaned to a congregation at a very low-interest rate for the purchase of building of a church. One third is put into an investment account where the interest can be used for the purchase or construction of a church. If you want a history of the account you can find out all the information on CEC-NA. (https://www.cec-na.org/foundation-day/)

The author, Ken Follett, wrote a novel, later became a mini-series, called “Pillars of the Earth.” It is the fictional story about the building of a Cathedral in 12th century England. It becomes clear that the beginning of a Cathedral is small (planting oak trees) and will take decades, if not centuries to complete. The largest Cathedral in American, St. John the Divine, is still under construction. The idea of a Cathedral for New York was first conceived in 1828, and it wasn’t until 59 years later, 1887, that the cornerstone was laid. The first service was held in the crypt in 1892.

The same can be said for St. Patrick’s Cathedral (the people’s Cathedral) on Fifth Ave., in NYC. Now a landmark in New York and a center for the spiritual life of the City of New York, Archbishop John Hughes had a vision of a Cathedral for the glory of God. With offering taken from the poor immigrants and 103 larger donors (1,000 dollars each – 103,000 dollars), he began the work. He obtained property in what was then the wilderness of New York. People called it “Hughes Folly” But the lack of manpower, the civil war, and lack funds did not stop the dream.

These stories can be told about every Cathedral and most local congregations. The Church I served for 32 years, began in the dream of the Bishop of Long Island to have a local congregation for every town and village. In 1936, work began. The congregation has gone through many changes, including becoming part of the ICCEC. And, like the great Cathedrals, it is still a living organism ministering not only to present members but a next generation. Some in the congregation are the fourth generation.

The Charismatic Episcopal Church was placed into the heart of Archbishop Adler. He always reminded the early Bishops and clergy that the vision was a 500-year plan. He once said, “all I can do is be faithful on my watch.” That is true for each of us. Are we faithful in what God has given us? Are we planting seeds for a 500-year plan? Are we opening our eyes to see beyond what our eyes can see?

This is what Foundation Day is all about. It is our participation in God’s incredible plan of a three streams community proclaiming the Gospel. Please take part.